The Science Behind Doctor Who’s Extremis

Obviously, spoilers are ahead so here’s a red and emboldened warning!

I’m going to assume based on the title of this post that you’ve watched Season 10 Episode 6 of new Doctor Who titled Extremis. I will give a synopsis of the episode for those who haven’t but I will say this; If you have not watched Extremis then you should, right now, then and only then should you return here to possibly learn something of the science on display in the episode.

So, spoilers, the episode takes place inside a simulation created by some creepy-ass looking monks. The Simulants are unaware of this fact until it is revealed to them in an ancient book; Veritas. The name comes from Roman mythology, Veritas was the Roman goddess of truth according to Wikipedia. The book asks you to write down a random number of any size then turn the page where a number is revealed. If your number and the number in the book matches then you’ve failed the test, you’re a shadow.

Extremis is an interesting episode for 2 reasons, the first being the concept of living inside a simulation of the earth and the other being the fact that computers are actually really bad at producing truly random numbers.

Simulated Reality is a hypothesis that states that it is highly likely that we are in fact living inside a computer simulation. If this is the first you’ve heard of the hypothesis you might think that sounds mad but many academics, and generally smart people like Elon Musk, believe this could be likely. The idea is simple; significant technological advances could provide the ability for humans to simulate consciousness either comparable or equivalent to naturally occurring humans.

Humans could still be considered primitive when it comes to our technology, we’re still burning million-year-old dead animals and plants to generate electricity, and yet we have highly developed physics simulations we use for training purposes or just fun. Grand Theft Auto’s physics engine Euphoria uses artificial intelligence, biomechanics, and physics to simulate realistic human motions in real-time.

There’s also the Millennium Run created at the Max Planck Institute for Astrophysics, Germany. A computer simulation of our entire universe from the big bang up until now.

Yeah, science has already simulated the universe inside a computer. Granted it doesn’t have people in it that we know of, it’s still damn awesome!

Those who believe in the simulated reality hypothesis also believe that there might be signs we could detect to prove that we are living inside a simulation. Professor Martin Savage from the University of Washington, for example, believes that a possible limitation in ultra-high-energy cosmic rays could suggest we’re actually simulants.

In Extremis, they use the plot device that computers are bad with random number generation in order to figure out the cast are all shadow people. There is a little bit of reality to this as deep down, computers are just fancy calculators using arithmetic logic units (ALU) built into their central processing units (CPU) to perform logic comparisons (AND, NOT, OR) and basic arithmetic (add, subtract, divide, and multiply) to alter electrical signals (binary) 1s (on) and 0s (off).

It’s been awhile since I studied this stuff but here’s a simple representation that shows basically the Control Unit (CU) inside the CPU fetches a simple instruction for example, get the value at a certain memory address and add the value from a different address, It’s then passed to the ALU that performs the calculation and spits out the result where it can be stored in a new address. 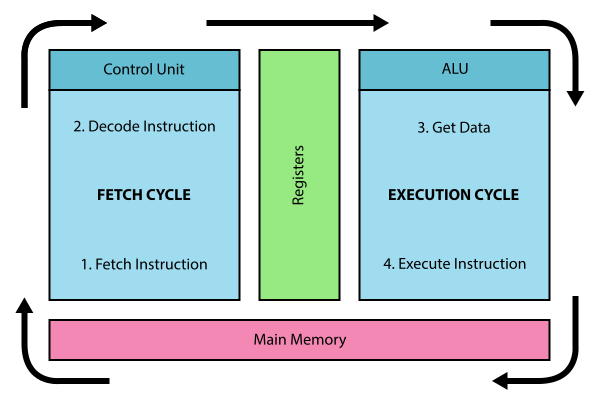 Hopefully, I haven’t lost you. What I’m trying to say is that computers, as we know them today, are simply big fancy calculators on the inside, so generating truly random numbers is rather impossible. Ever tried to generate a random number on your calculator? You can’t, you need to start with a chosen number, and because it’s a calculator, if you start with the same number and do the same equations you’ll get the same answers, every time. What they can do is generate numbers that give the appearance of randomness but are never actually truly random. They’re called pseudo-random numbers. This topic leads very nicely into a cautionary tale for security programming. I might write a post about that later on but for now, I’ll let you ponder.