Hi, Ellie here and this week isn’t really going to be like my past blogs because I want to talk about something that I think a lot of you might not be interested in but if you stick with me you might hopefully learn something cool about the benefits of modular programming.

You’re just going to have to trust me with this.

If you’re a regular reader of the blog you’ll know that we at Late Panda are taking part in the 1GAM challenge (1 game per month for 12 months). It’s February now which means our first game for January is out for you to download and play on Android. It’s called Qbits and Stephen spoke about it in depth in his last blog so go read that if you haven’t yet then come back to this article.

So you’ll notice that Qbits is heavily centred on game mechanics. There isn’t really a story or narrative in Qbits to draw you in. Our goal was simply to make an idle game where you tap bits away from a larger cube.

This month we wanted to try the opposite. Our goal is to basically create an interactive narrative experience. An engaging narrative with little to no gameplay or mechanics. We do like to set ourselves some interesting challenges it would seem. We’ve settled on a simple 2D point and click mechanic and hopefully, the narrative is engaging enough to get you to play through to the end. We’re going to be Unity again to create our February game so I wanted to talk a little about how we’re using the engine a little.

One of the biggest strengths I find while working with Unity3D is how modular the engine can be. You can literally drag and drop functionality (from a script) onto an object. The object will then inherit that functionality. It still sometimes amazes me how easy it is to use.

I’ve developed a few 2D games with Unity in the past and so I’ve tried to develop these games to be as extendable and as modular as possible. This way I have an added advantage if I were to make other 2D games because I can just take scripts from previous projects and drop them into the new projects.

For my honours project back in 2014 I developed a game called The Grumbler. It was a simple 2D puzzle platformer. As our February game is also 2D I realised I could use the movement and camera following scripts from that project. A drag and a drop later and our latest game is already set up with controllable characters, no extra effort needed.


In November Late Panda developed Turtletastic, a 2D puzzle game for our House of the Risin’ Jam event. Turtletastic includes a dialogue system I had created during the event. As our February game relies heavily on narration I’m planning on using that same dialogue system again. It will need to be modified slightly but it will still be faster than starting the dialogue from scratch. 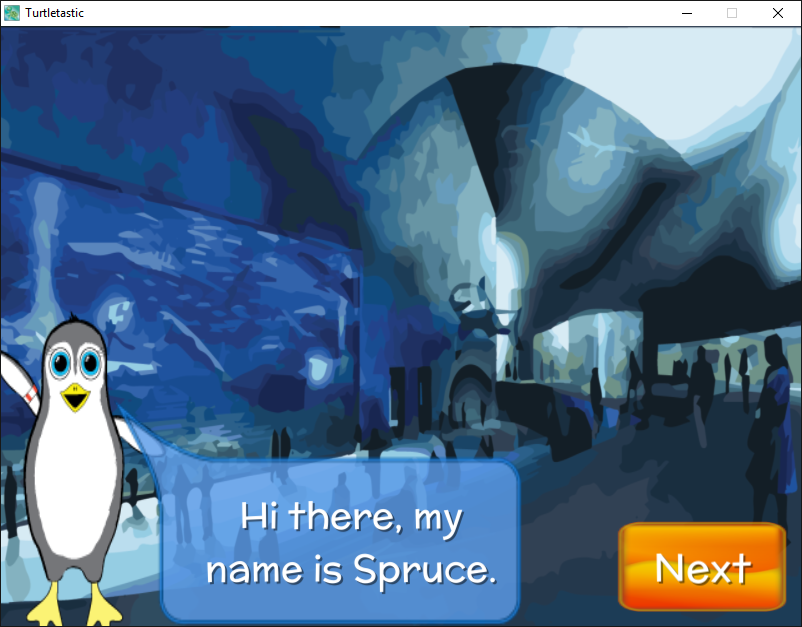 Our plan throughout the 1GAM challenge is to develop games with systems that can later be quickly implemented into other, larger projects.