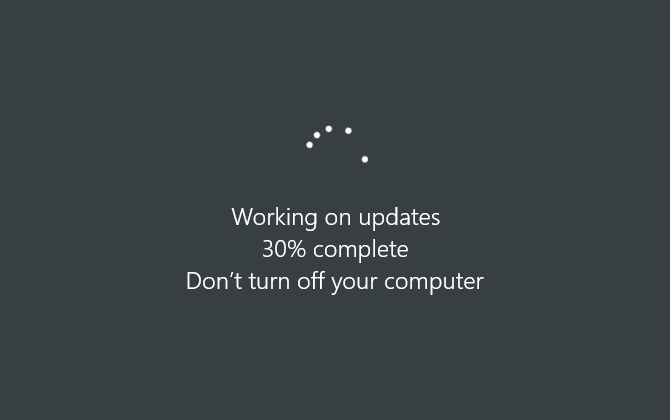 Ellie here and today I’m bitching, in a kind of open letter type style, about the fact that we now seem to be living in a world with forced software updates.

So here we go,

First and foremost, I don’t like your damn auto updating software policies or the fact that most of the time the choice I’m given isn’t whether or not I’ll update but when I will have to update. 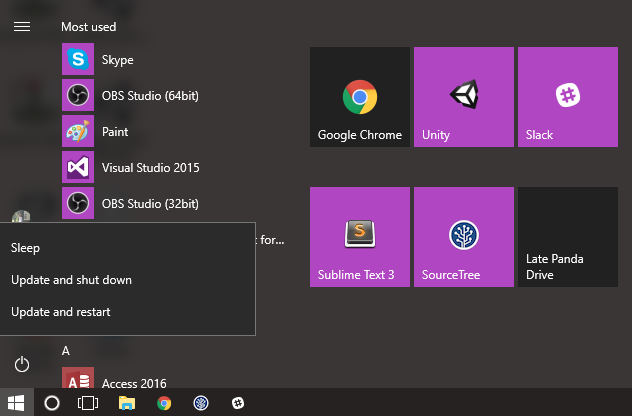 This angers me to no end for many reasons but the two main issues are things I’ve wanted to touch on for a while so here they are. 1. I don’t like being forced to do things or passively aggressively told that the only way for them to stop bugging me is to update and 2. What should be easily avoidable updates sometimes breaks my shit and that doesn’t sit well with me

It’s fair to say that throughout history, humankind has had an aversion about being forced into situations they deem unwanted, undesirable, and/or unpleasant. Seriously, I can’t think of any time when this hasn’t held up.

Recently, you might be aware, Late Panda had a small Game Jam that you can read about that here (House of the Risin' Jam) and here (After House of the Risin' Jam). After that weekend our secondary Windows 10 PC forced an update. As part of that update a new version of a driver was installed I’m assuming, they don’t tend to give you any real information about what they’re doing these days. This fucked up my PC. Switching it on now it fails to boot into the operating system. I need to spend time that I don’t have to fix this machine so for the time being it’s just sitting there in the corner, dead. This is something that could have easily been avoided if 1. I could see what they were actually updating before they did it and 2. If I could choose to tell them not to install that latest driver update.

I myself am a software developer so as part of my job I need to test the software I and others develop. Simulators are great and all but they’re just that, simulations. At certain times, when I’m trying to debug a certain issue and need to replicate a device set up with certain parameters, such as a version of an operating system.

Quite honestly, it’s frustrating as hell having no other option than ‘Remind me later’ every time I use certain devices. 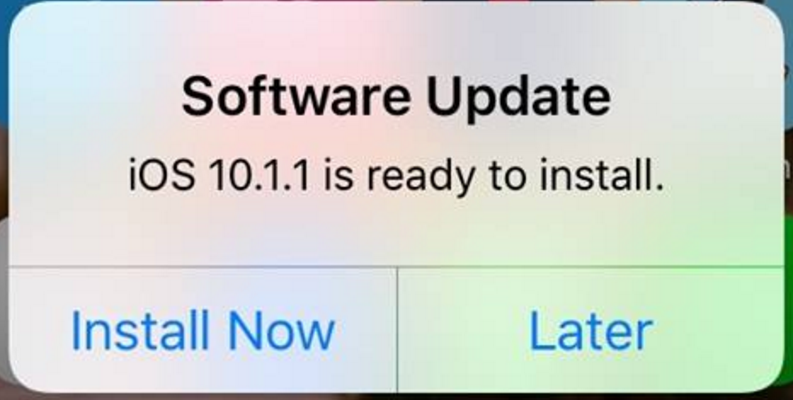 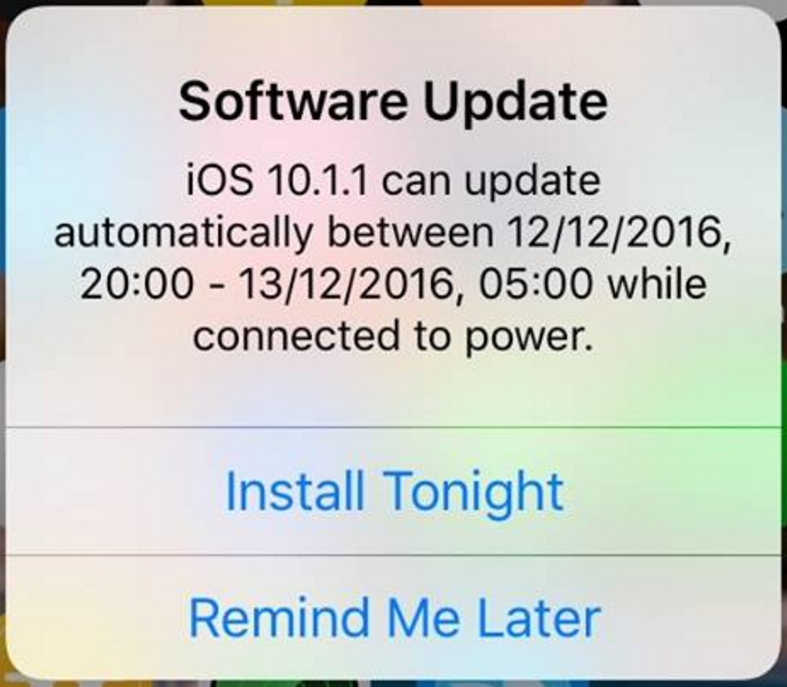 I don’t want to be reminded later, I want the dialogue box to fuck off and never bother me again. I’m very capable of updating the device myself when it’s necessary.

Same thing happens on the iMac and Windows 10 as well. At least with the iMac I can postpone the update by constantly telling it to ‘Remind me tomorrow’. 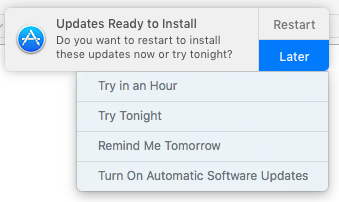 Lastly, sometimes updates are just pointless to me. There was one recently on the iMac for Airdroid. The update in question was simply an updated logo. That’s it. Why can’t I tell it to skip this update as it’s not worth updating? I don’t care if they have a new logo or not. I’m not using their product for their logo, I’m using it so I can transfer files from the iMac onto Android phones!

I know that security updates are important for obvious reasons. If Apple or Microsoft were to find a security issue and patch it up in an update I get that they’d want me to have that update to keep me safe but I should still be allowed the option to choose. Don’t treat me like an idiot, I’m capable of making my own choices dammit!