Ellie here, as we all know, on the internet, all opinions are useless warranted...


It’s been about a week since Apple hosted their annual press event. I’ve taken the time to reflect and I’d like to share my highly sought-after opinions.

I want to start with their watch because it’s the device I care least about. That’s not to say I don’t think the watch is good idea. I love the concept of smart watches; I’m just not their target audience. I live off junk food, hardly ever exercise, and don’t wear watches. Plus I’m Scottish so Siri hates me.


I believe the upgrades from the original watch are necessary. Having a brighter screen, built-in GPS, and water resistance are just common sense features. I bet people will still take off their watches when they go swimming though; It’s a habit. I never thought I’d see the day a watch needed a dual-core processor, but with watchOS 3 here we are. Hopefully it’ll be fast enough now so that ‘it just works’. There’s also a strange new de-stressing app that congratulates you if you complete a breathing exercise. It strikes me as kind of patronising but, It could just be me, I’m not usually one for zen.


I think my only real peeve with the Apple watch is the name; Apple Watch Series 1 and Apple Watch Series 2. A series is typically a set of sequences in linear or chronological order. This technically makes sense as their watches are going to improve over time i.e. a series of improvements. Still, I just think it’s a dumb naming convention and it doesn’t exactly roll off the tongue.

Here we go, the big reveal, the rumours were true, the predictable Jony Ive video starts playing. I’m so glad to hear that the iPhone 7s are rotationally 3D polished with a specialised compound removing imperfections and establishing a seamlessness between materials, producing a pristine mirror-like surface… He certainly has a way with words. Basically, it’s new and shiny.


The keynote continues as Phil Schiller intricately informs the audience of the 10 new major features available on the iPhone 7 and iPhone 7 Plus. Now, I’m not the type of person who’s expecting companies like Apple to reinvent the wheel every 12 months, and I understand that sometimes you need to say fancy words in your marketing spiel, but come on Apple. The way Phil was talking about this thing made it sound like it was going to bring about the next era of technological advances, reverse climate change, and possibly bring about world peace. So, Here’s my take on the 10 new major features after removing the marketing gubble.

Black is the new black.

It vibrates instead of clicks when you press it because it’s now a software button.

They changed the glue that holds everything together so you can use your new phone 7 in the rain or on the toilet with less fear.

Now including more colours!
To be honest the camera updates are actually pretty cool, the new camera has optical image stabilisation, great for photographers with Parkinson's.


On the iPhone 7 pro you can now do 2x optical zoom where as before you only had digital zoom. Again, I’ve left a link explaining the differences between optical and digital zoom for those who might not know what this means.

Introducing something truly innovative; stereo speakers on a phone. There’s one at the top and one at the bottom. They sound great in landscape and portrait and audio will sound twice as loud. I’m paraphrasing here but this is pretty much what Phil Schiller said. Now moving swiftly on to the next major feature.

Oh look, no Headphone Jack, Que up the memes and parodies. 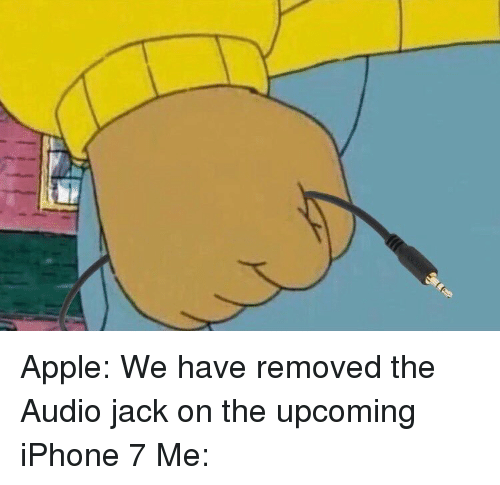 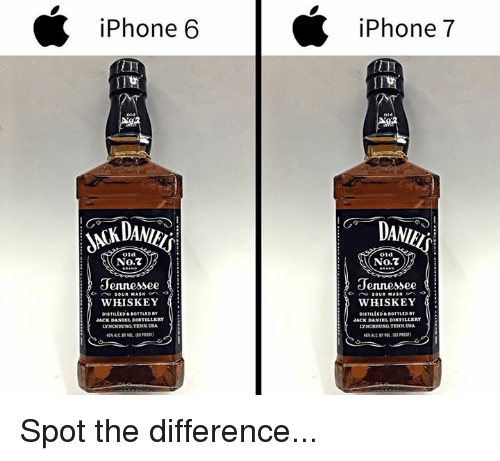 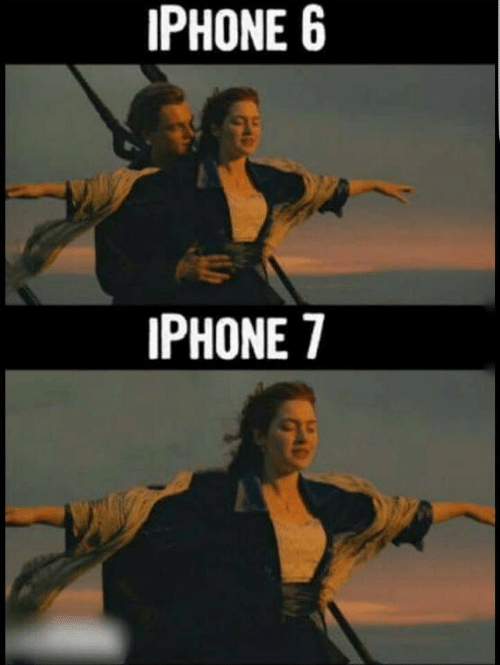 Oi! You there! Want to listen to your music and charge your phone at the same time? Buy these £120 wireless earphones sucka. Yeah you’ll look like a tool but screw it, you’re too rich to care what other people think.

Work it harder, make it better, do it faster, makes us stronger. More than ever, hour after, our work is never over!

Tim Cook comes back, gives a summary of the event then welcomes Sia to the stage where she does some weird shit as we’ve all come to expect. I actually like Sia’s music but seriously, wtf is happening here?

I’ve skipped talking about things like the real-time collaboration in iWork because, let’s face it, most of us have been using real-time collab with Google drive for years.


I think I’ve efficiently summed up the event while injecting my opinions here and there, but, if you want to sit through two hours of a bunch of people desperately trying to hype-up customers to increase sales of their sub-par tech go ahead. Here’s a link to the Apple September Event 2016 on YouTube.


I hope you enjoyed that,
Ellie xx