Hi again, I thought I would talk more about our game this time rather than our business. This content should be much better than the last blog post.

So to start off, Late Panda is creating a RPG designed from the ground up for modern mobiles and tablets. Let’s call this game LPG (Late Panda Game) for now, but that’s just a codename. I don’t want to give too much away about it but we have a pre-alpha coming very soon, so keep checking the blog and our social networks.

I’ll give you a rundown of our development progress on the LPG so far, for starters we have the template game design document (GDD). Created by, well me, I started with a template GDD and improved on it significantly adding more sections and creating notes for me and other future designers, this way it’s easy to create GDDs in the future.

I then started working on the GDD for LPG, this was quite a difficult task to achieve since I had other business related work to perform at the same time. However that said I was able to put together enough detail to allow the team to begin working on the art, sound and programming.

Since the GDD is completed for the pre-alpha version of the game I will be focused on creating the first city based on the level design in the GDD. Currently we only have basic blocks and basic collision in a testing area where we test all the game’s mechanics. This updated version of the city will allow us to test many more features that are to be added in the future.

Andy has been working on the programming of the game since we started development in August. They’re using the Unity3D Game engine and have recently been focused on refactoring. This is something programmers do to make code run as smooth as possible. When programming this way Andy can make the code easier to maintain and update later in the LPGs’ development.

Leonardo has been creating 3D models for each race to be included in the game, so far we have a fully modelled and texture Parua. Which you may think looks familiar.

This model has been animated to walk and been implemented into the current build of the game to test how large the cities should be and what would be a normal walking pace.

Christopher has been working on our epic soundtrack for the game, and I can’t praise this soundtrack enough. When the game is released I would be shocked if you mute the audio, and a little bit offended! Seriously it is that good.

We are also looking to expand our team, we are seeking a Unity Games Programmer and a Concept and Environmental Artist to allow us to create the best version of the game before our current deadline. If you know anyone that might be interested leave us a comment and we will get back to you about it.

Final little bit of news, however this falls outside of development news, during the Entrepreneurial Spark programme you are giving the chance to pitch to mentors which is followed by 45 minutes of questions (Entrepreneurial Spark call this a Piranha Pit). This would be similar to an investment meeting so it is very helpful to not only get pitching practice but also test the waters of an investor situation. We have heard nightmare stories about the Piranha Pits however ours was very helpful, the mentors we saw told us that we were doing everything very well and had a great handle on the business itself. The general feedback was “The idea is great, keeping doing what you are doing.”

I thought I would finish this blog off with a little boastful attitude, hope you didn’t think too low of me for it.

I know we just released our last blog three days ago but we thought we would be best with a standard “development blog day” so from now on we are going to post a new update every two weeks on Monday to catch everyone up, maybe even get a sneak peek at our progress with development!

“The greatest danger for most of us is not that our aim is too high and we miss it, but that it is too low and we reach it” — Michaelangelo
By Stephen McCallum
Labels: Company Blog, Game Blog, Game development, Glasgow game studio, Late Panda, Mobile game development, Mobile RPG, Pre-Alpha, Role playing game, RPG

Hi there, Stephen here from Late Panda, I wanted to chat with you and thought a Blog would be the best way to do that. I don't want to bore you all with our business jargon so this isn’t going to be formal. As far as I see it you’re here to find out what we’re up to so I'll try to keep these posts to the point.

Intro out of the way I thought I could lead our first post with a little Late Panda history lesson. Now I know what you are thinking, "You just said that they wouldn't be boring us with formal chat and now I’m in a history lesson?" Well yeah pretty much, this is the first post after all, I want to talk about what we do and who we are. The best way to start a new relationship is to introduce yourself.

So Late Panda is a Glasgow game studio, that's right we are not based in Dundee! We started when Andy (Our CEO) and I were in university. We were in a group project together. The project; design and develop a game in one year.

First semester focused on the design of the game while the second was pure development. The game was called Spy Green, and... we didn't finish it. We did however end up with a demo of what the game was supposed to be and many lessons learned. Don't jump in the deep end until you at least find out how deep the water actually is.

During the following summer we took Late Panda more seriously, we incorporated our name as LATE PANDA LIMITED and the company was born. We hired a student team and tried something new, we worked on a title called Brick Breakdown, which was going quite well until we started our final year at university. In Honours (fourth) year the academic workload had increased dramatically over previous years so Late Panda was, for the most part, forced to the side. 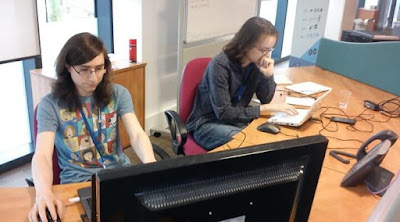 Fear not wonderful reader as our focus was poured back into the company after we left university. We found Leonardo (Artist), Christopher (Sound Engineer) and Joshua (Unity Developer) and began working full time. We updating our logo, began dealing with HMRC, development of our first official title codenamed LPG (Late Panda Game) and joined the Entrepreneurial Spark accelerator.

For those who are unfamiliar Entrepreneurial Spark, is an accelerator based all over the UK and recently expanded to India. They offer free mentoring, office space and business development. Pretty much everything we were looking for. Since joining we've legitimised and focused our business goals, spoken to dozens of wonderful and interesting people, and turned Late Panda into a business we’re proud of. 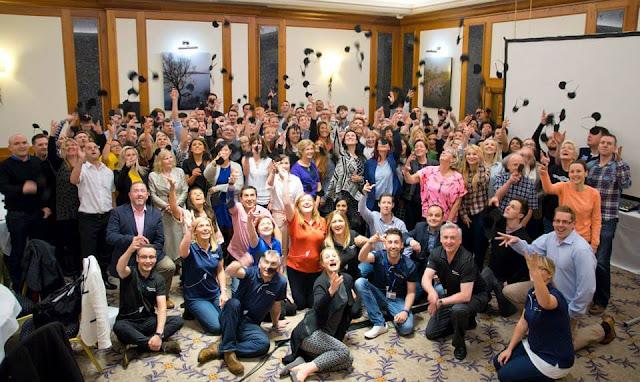 Currently in our team :

Leonardo
Our artist who can create beautiful environments and chilling character models.

Christopher
Our sound engineer , he can create professional complex music and sound effects for our games.

Andy
Our developer and CEO who has worked with SMEs since 2010 building web apps, games and developing software.

Stephen
Game designer and COO, I focus on the operations of the company making sure that everything that we do is in the best interest of the business as well as work on the game design itself.

We recently meet with the wonderful folks at Innovate Scotland, they specialise on giving advice to aspiring or current entrepreneurs. They created a profile on their website that gives more details on our history in a slightly more formal context.

Now you’re all up to speed! I have left out a few details but keep your eyes on us I'm sure you will find out soon enough. We have big plans!

“The person who has the guts to ask themselves ‘Why?’ at least once a week, and be totally honest with themselves about the answer, is already twenty steps ahead of their smarter, more experienced rival” — Mark Bouris
By Stephen McCallum
Labels: Company Blog, E-Spark, Entrepreneurial Spark, Game Blog, Game development, Glasgow game studio, Late Panda
Newer Posts Home
Subscribe to: Posts (Atom)